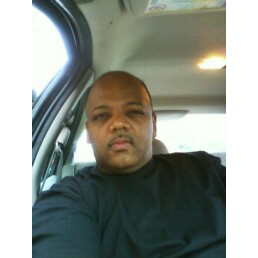 Below are a lists of current projects:

What is Starlight Midwest Entertainment?:

a record label, a  production company, a film company,

an artists management company, and a promotions company.

Membership: The membership is through the American Society of Composers Authors and Publishers (ASCAP) One Lincoln Plaza New York, NY 10023.

Mission Statement The purpose of the company

is to provide music for an International urban culture,

film projects for an International

and to provide a complete entertainment alternative for

an International culture in a positive and professional manner.

Establishment:  The company was established in the year 2000 and has

been operating in the Cleveland, Ohio community for four years. The company was founded by Executive Producer/CEO Myron A. Grace.

Bachelor?s of Arts from Cleveland State University in the year1997.

of Science, where he studied Science and Advanced Mathematics.

Chief Executive Officer (CEO): Myron A. Grace. His duties include managing all executive staff members and overseeing all company projects. Myron A. Grace is a gifted song, play and film writer.

Executive Vice President: Vacant.  Her duties include to help manage all executive staff members and to assist in solicitation of major entertainment companies. She oversees all projects for Black Castle Films.

she  has innovative movie/tv ideas and is a good leader.

Administrative Vice President: Vacant.  Her duties include assisting in all project solicitations and overseeing all administrative duties..

Vice President of Business Administration: Vacant. Her duties include assisting in overseeing all business transactions and overseeing all Company office business. This person needs to be a highly enthusiastic person.

Vice President of Entertainment and Arts: Vacant. His duties include writing and producing original music and overseeing artistic creation for the Company on all projects.

Jr. Vice Presidents of Entertainment and Arts: Vacant. There duties include assisting in music production and artistic design for the Company.

Past Projects: Seven performed with Anthony Hamilton at the Scene Pavilion on July 9th, 2004.  The Demo Package Contest and Party January 30th 2004 at Club 75, 75 Public Square in Cleveland, Ohio.

Mult-Media: Starlight Midwest Entertainment had a #1 Radio Show on the Radio One Network WERE 1300 AM from June 2003 until July 2004 called the ? Starlight Music Hour?, over 40,000 listeners weekly on Saturday nights."The Grace Family" Television Show" one full season on WDRL-TV UPN 24 Roanoke, Va 2006.